Event Focus – Women’s 100 Metres Hurdles
With the World Championships in Daegu, South Korea just 11 weeks away, our track and field correspondent James Sullivan has been previewing the Women’s 100 Metres Hurdles, currently one of the most open events on the programme.
Of the 47 events that will be contested at the 2011 World Athletics Championships in Daegu this August, one will be hard pushed to find a more competitive discipline than the Women’s 100 metres hurdles. Priscilla Lopes-Schliep, the dominant athlete in the event during 2010, will miss the entire 2011 season to give birth to her first child. The powerful Canadian clocked the world’s fastest time last season (12.52 seconds) and recorded 6 of the top 10 marks. Her absence from Daegu has therefore blown the event completely wide open, to the extent that predicting a winner is almost impossible at this moment in time. 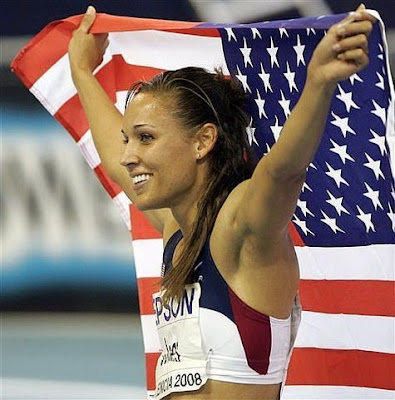 The nation that has without doubt the greatest strength in depth in this event is the USA and the recent form illustrates this. Throughout 2010 and the early part of this season, seven athletes have recorded times of 12.70 or lower: Lolo Jones (12.55), Kellie Wells (12.58), Queen Harrison (12.61), Ginnie Crawford (12.63), Damu Cherry (12.65), Danielle Caruthers (12.68) and Dawn Harper (12.70). In addition, no fewer than 15 US athletes have already achieved the World Championship A-Standard of 12.96 this season. With just three places available for each country in Daegu, this event promises to be one of the most hotly contested at the upcoming US Trials in Eugene, Oregon later this month. With USATF’s ruthless policy of the first three over the line at the trials gaining automatic selection, just merely qualifying to compete in Daegu is a great challenge for all these athletes.

Contrary to the depth that the Americans are currently enjoying, Jamaica, the other powerhouse in world sprinting, had a quiet 2010 over the women’s high hurdles. However this tiny island nation has a strong pedigree in the event, with Brigitte Foster-Hylton and Delloreen Ennis-London winning gold and bronze respectively at the last World Championships in Berlin in 2009. However, with both these athletes now into their late 30’s, only time will tell whether they can reproduce these performances in 2011.

Other Commonwealth athletes who will have their sights set firmly on World Championship gold are Sally Pearson of Australia and Perdita Felicien of Canada. Pearson, the Olympic silver medallist from Beijing, had a very consistent 2010, with her season’s best being a speedy 12.57 seconds, and in the absence of Lopes-Schliep, she is many people’s favourite for gold in Daegu. Felicien, on the other hand, has had a more disappointing time of it of late, missing out on the Beijing Olympics due to a foot injury, but her 12.58 clocking last year suggests that the 2003 World Champion is far from finished yet.

The quality of European sprint hurdling has increased significantly over the last few years and the continent now boasts a half dozen genuine medal prospects. Leading the charge is Carolin Nytra who ran a European leading time of 12.57 last year, before disappointing at the European Championships in Barcelona, where she could only finish in third place. However the German has recently laid to rest any doubts about her ability to perform in championship races when claiming the gold medal in a sensational 7.80 seconds over 60 metre hurdles at the European Indoors in March.

Another athlete with high hopes is Nevin Yanit of Turkey who claimed the gold medal at last year’s European Championships in Barcelona in a national record time of 12.63 seconds. At just 25 years of age, it seems inevitable that she will only get quicker.

The athlete who Yanit pipped to gold in Barcelona, Derval O’Rourke, also cannot be discounted. The Irishwoman claimed the silver medal at last year’s European Championships, just two-hundredths of a second behind the Turkish athlete. While on paper she may not have the sub 12.60 clockings of her North American competitors, she has an innate ability to produce her best performances when it matters most, in a championship environment. If she can get to Daegu fully fit then she has a serious chance of going one better than her 4th place in Berlin in 2009 and climb onto an outdoor global medal rostrum for the first time.

Other European athletes to keep an eye on are Tiffany Ofili of Great Britain, who recently switched nationalities from the USA and claimed the silver medal at this year’s European Indoor Championships in a lightning quick time of 7.80 seconds, and Norway’s Christina Vukicevic, who won the bronze in the same race. Her 7.83 second clocking en route to her first major championship medal has confirmed her step up to world class level. Finally, lets not forget about Susanna Kallur of Sweden. The 2006 European Champion and indoor world record holder has battled injury for the last few years. However, if a recovery to full fitness can be achieved, then an athlete with a PB of 12.49 seconds (from 2007) can never be written off.

Much of the talk in the lead-up to Daegu will no doubt be about Usain Bolt versus Tyson Gay in the 100 metres. However, with potentially over a dozen athletes in with a genuine chance of a medal, the women’s 100 metres hurdles is an event to most certainly not take your eyes off.