And it’s here at last!  The final instalment in James Sullivan’s A-Z Review of the 2010 Athletics Year.

Doha, Qatar was the setting for the 13th World Indoor Championships which took place between the 12th and 14th of March, the first major event to be held in the Middle East. In total 143 nations were represented with 28 making it onto the medals table. Top spot went as expected to the USA who took home 8 of the 26 gold medals on offer. Highlights included Steven Hooker jumping a staggering 6.01 metres to win the men’s pole vault and Teddy Tamgho setting a stunning world indoor record of 17.90 metres in the men’s triple jump.

David Rudisha had a sensational season, twice breaking the world record for 800m, first at Berlin on 22nd August when he ran 1:41.09 breaking D 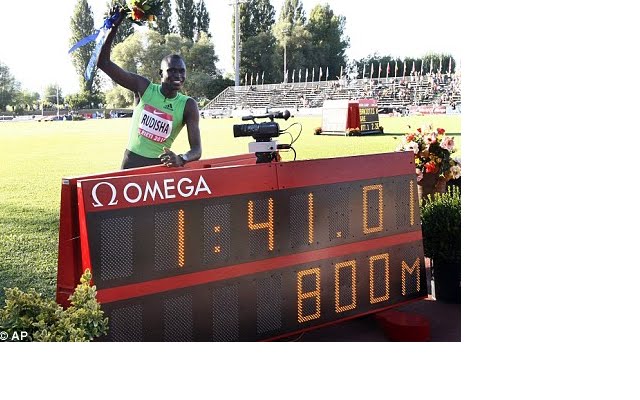 enmark’s Wilson Kipketer’s long standing mark of 1:41.11 which had stood for 13 years, and then one week later when he bettered it once more with a stunning 1:41.01 in Rieti, Italy. It seems inevitable that the Kenyan will become the first ever man to break 1:41 and is shaping up to be the overwhelming favourite for Olympic gold over the two lap distance at London 2012. He also bagged the IAAF Male Athlete of the Year award for good measure becoming the youngest ever recipient of the accolade and also the first Kenyan winner of the annual year end prize.

World 800m champion Caster Semenya made her comeback to the track in July 2010 after all the controversy that surrounded her during the previous year. The South African teenager claimed the gold medal at the 2009 World Championships in Berlin. However her physique and large margin of victory resulted in suspicions being aroused regarding her gender and she was required to undertake a sex test. On 6th July of this year the IAAF cleared Semenya to return to competition. However the results of the gender test were not released due to privacy reasons. She won a few minor races before running a season’s best of 1:58.16 in Milan in September. However she was forced to pull out of the Commonwealth Games due to injury. For many people the issue surrounding Semenya is still far from being clear with there being strong opinion that her competitors are at a massive disadvantage when racing her.

One of the sensations of 2010 was French triple jumper Teddy Tamgho. The talented youngster jumped an indoor world record of 17.90 metres when winning gold at the World Indoor Championships in Doha. This performance was 7 centimetres clear of the previous record held jointly by Aliecer Urrutia and Christian Olsson. He followed this up with an equally impressive outdoor season jumping an astonishing 17.98 metres in New York just three days before his 21st birthday. This was the longest jump in over a decade pushing him up to third on the all time list for the event. Only Jonathan Edwards of Great Britain and Kenny Harrison of the USA have jumped further. Unfortunately he couldn’t bring this form into the European Championships in Barcelona where he could only manage the bronze medal with a jump of 17.45 metres. He is certainly one of the most exciting prospects in the sport of track and field and there is no doubt he will be challenging Jonathan Edwards’ world record of 18.29 metres sooner rather than later.

No A-Z of Athletics would be complete without a brief reference to the sport’s most famous athlete. Usain Bolt, one of the most recognisable sportspeople on earth had by his own standards a very low key year. The world record holder for 100m and 200m began the season well running season’s bests of 9.82 for 100m in Lausanne and 19.56 for 200m in Kingston. However a far from fully fit Bolt was comfortably beaten by rival Tyson Gay in Stockholm and afterwards he made the decision to end his season early. However with 2010 being a non championship year for the Jamaican it is unsurprising that his performances were well off the brilliance that he achieved in 2009 when he set stunning world records over 100m (9.58) and 200m (19.19) at the World Championships in Berlin. With the World Championships in Daegu and the London Olympic Games to come over the next couple of years it is highly likely that we will see more fireworks from this hugely popular and eccentric sprinter and few would bet against him lowering his current world records.

High jumping glamour girl Blanka Vlasic had another memorable year, winning her first European Championship gold medal at Barcelona this summer to add to the two World titles and Olympic silver medal which she has already achieved. The charismatic 27 year old star then went on to captain the European team to victory at the inaugural IAAF Continental Cup in front of her adoring home supporters in Split where she achieved a height of 2.05m, the highest jump in the world this year (tied with American Chaunte Howard Lowe). In honour of her achievements during the year she was presented with the IAAF Female Athlete of the Year award at the end of year World Athletics Gala in Monaco. The Olympic Gold remains the one major championship title to allude the Croatian and you would be hard pushed to find a more popular Olympic champion should she claim the sport’s ultimate prize in London in two years time. 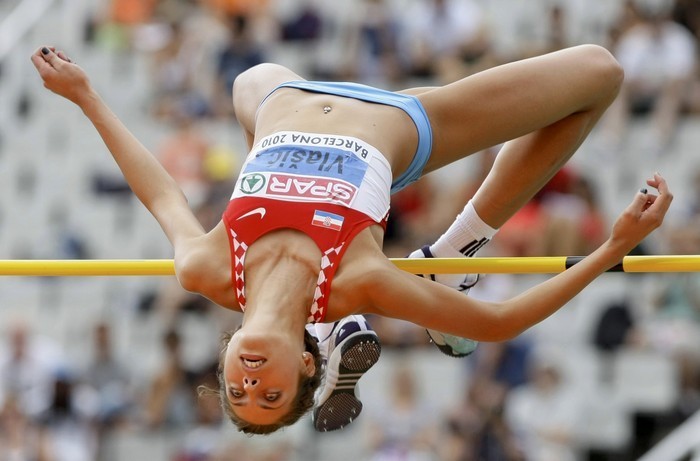 It was a mixed year for Polish hammer thrower Anita Wlodarczyk. In June she broke her own world record for the event with a sensational throw of 78.30 metres in Bydgoszcz beating her previous mark set last year by 34 centimetres. However she couldn’t carry this form into the European Championships and could only manage the bronze medal with a throw of 73.56, well below her best, and was beaten by Betty Heidler of Germany and Tatyana Lysenko who won the gold and silver respectively.

The 2010 European Cross Country Championships held on 12th December in Albufeira, Portugal provided Irish athletics with another memorable moment. The men’s under-23 team of David McCarthy, Brendan O’Neill, Michael Mulhare, David Rooney, John Coghlan and Ciaran O’Lionaird took home gold in the team event with a score of 60 points, well ahead of France in 2nd with 78 points and Spain in 3rd with 79. The results of the competition are determined by the cumulative scores of the four top finishers from each country in the individual race with the lowest score being the winner. McCarthy was the highest placed in the individual under 23 race finishing in 11th with O’Neill (12th), Mulhare (16th) and Rooney (20th) being the other Irish scorers. The triumph is Ireland’s first gold medal at the European Cross Country Championships since Catherina McKiernan won the individual senior race back in the inaugural championships in 1994.

Turkish sprint hurdler Nevin Yanit had a fantastic year claiming the gold medal at the European Championships in Barcelona over 100m Hurdles. The 24 year old ran a national record of 12.63 seconds in the final to out lean Derval O’Rourke of Ireland by 0.02 seconds with pre race favourite Carolin Nytra of Germany finishing in third place in a time of 12.68 seconds. The 100m Hurdles is shaping up to possibly be the most competitive event in track and field over the coming two years with at least a dozen athletes in with a genuine chance of claiming a medal at the 2012 Olympics. The most impressive female sprint hurdler this year was Priscilla Lopes-Schliep of Canada who ran the fastest time in the world in 2010 with a clocking of 12.52 seconds. However she is by far a guarantee for Olympic gold in two years time and with 10 athletes running 12.65 or faster this year there are many clipping at the heels of this powerful Canadian.

Eritrean distance runner Zersenay Tadese had a mixed year. At the Lisbon Half Marathon in March he set a stunning world record over the distance with a time of 58:23 knocking 10 seconds off the old mark set by Samuel Wanjiru of Kenya in 2007. However he could not carry this form into the London Marathon in April, his debut race over the historic distance. Tadese finished in a disappointing 7th place in an unspectacular time of 2:12:02, well outside of what his half marathon world record suggests he is capable of. The transition to the 26.2 mile distance is evidently more difficult for some than it is for others.

Missed the earlier sections?  Part 1 is here, and Part 2 here